Desire is a feeling that polarises people into two extremes – totally in favour of it, or totally against it.  Such is the case with all strong feelings.  No matter which way you look at it, desire has a profound effect on your life.

Requesting – when your desire is your prayer.

Longing for something that will bring you satisfaction – something that is difficult to admit to, so you’d probably say that you long for your loved ones to be satisfied: because their satisfaction becomes your satisfaction.  “Happy wife, happy life” is just one saying that regularly crops up in this respect.

The synonyms for desire give you a broader understanding of how we use the word:

covet, fancy, wish, aspiration, hunger, thirst, craving, yearning, longing, or otherwise a feeling that impels one to the attainment or possession of something.

From this, you can see where the more negative connections with desire come from:

Temptation – the “wrong” kind of desire, which implies that your actions will cause someone or something else to lose something in order for your to gain.  Many aspects of Christianity points to this as a feeling that will be justifiably punished if acted upon (even if felt), if not by others, then by God.

The hunger that cannot be satisfied – you know the pain this causes, that deserving and grasping kind of desire: to be better than everyone else, to beat everyone else, to be elevated above them all in some way.  Sometimes it’s referred to as “Alpha” behaviour.  Ironically, if you asked someone who is behaving in this way if they’re happy?  It’s highly likely they’d say that they aren’t happy at all.  Aspects of Buddhism shows you how to free yourself from this kind of desire.  More on this point a little later.

Because the thing is: you would only behave “badly” – falling into temptation or acting out on your hunger – if you deeply believed that the results of it would make you happy.

“If I just got that promotion/job, I’ll be happy.”

“If I just got that man/woman as my partner, I’ll be happy.”

“If I just got that car/TV/smart phone/tablet, I’ll be happy.”

“If I just eat that slice of cake, I’ll be happy.”

Yes, desire can be “bad” in these contexts.  Of course, indoctrinated morals and being taught what’s right and wrong will generally put a stop to this behaviour from nearly the get-go, leading to certain behaviours being carried out covertly – adultery, theft and worse.

Danielle LaPorte had an email conversation with a Buddhist Lama as part of her research into desire, where she asked if there was a “right” energy of desiring enlightenment.  The Lama replied:

“Your question is at the heart of liberation; how to want, have an aim or goal, but not be in a state of desire or clinging.  The simple advice is: You can’t!  There is desire…The art of it is to keep asking yourself quietly: Am I being pushy?  Is my desire for freedom clean or is it tainted with all kinds of emotional overtones?  In my desire to be free, am I harming myself or others around me?”

In this sense, if there is a “right” energy of desiring enlightenment, it is: to want with all your heart, but to ensure that nobody else is/will be harmed as a result, and to not get hung up on the actual results you are after.

Trickier than it sounds.

Think back to that hungry desire that cannot be satiated – the Alpha behaviour so widely derided – they’re not happy, either in their striving or in their results.

It’s because their desires – hungers, temptations – are driven by other emotions:

feeling a lack of love, respect or attention from people in their lives, or in their past but which they keenly feel today;

feeling a deep need to prove themselves to somebody or something;

f-f-f-fears – of what will happen if they revealed what they actually wanted and going against the grain for it, instead of striving so hard to be or have THE BEST…as dictated by society, the media, and everyone around you.

*That* is the behaviour that religions and society denounces.

But desire is not about attaining or acquiring possession of something: it is to want with all your heart, but to not get hung up on the exact outcomes.  When you get underneath the things you believe you want?  That’s when your true desires are revealed.

Maybe you actually crave Freedom (capital F please!), and you hope that getting enough promotions and saving enough income will allow you to retire early, or pay off your debts early – and yet you actually feel more caged than ever, slaving for many more hours over your contracted week “to feed it into your bonus.”  What if that bonus doesn’t come?

Maybe Freedom for you is actually working less but having enough income to pay the necessities and a bit more; spending time with your family; motorbiking across the continent with barely 5kg luggage – you, a sleeping mattress, and the wide world outside; maybe freedom is in travelling the world and enduring marathons for that exquisite high…or maybe freedom is your state of mind.

Or what if your true desire was to Love and be loved – can that only be satisfied by findinghim, or her?  Or can you feel Love every time you connect with another being, either the two-legged kind or the furry four-legged kind?

The Desire Map is a workshop that helps you reveal your true desires – the ones that lie beneath the things you put on your bucket lists, your wish lists and your To Do lists.

If you could get clear on your true desires and aligned your bucket lists, wish lists and To Do lists with those?  Imagine how much you would achieve, and how many of those things you’ll look back upon and say to yourself, “That was really worthwhile, that made my life.”

Who doesn’t want that?

Come and get to know us better: 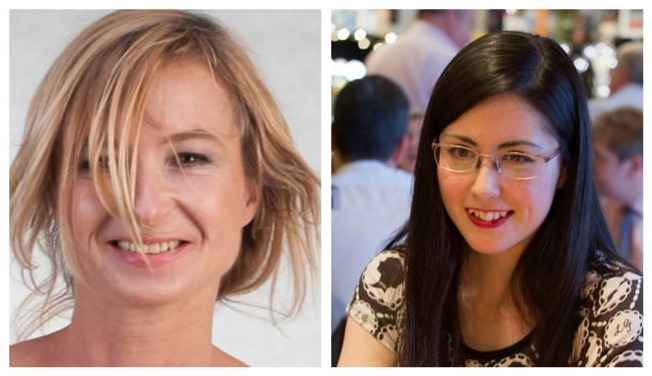 We’re having a live conversation on 8pm BST Monday 20th July about desire, how The Desire Map changed our lives, and why we are facilitating both live and virtual workshops across the world.

Come and meet us by signing up here, where you will receive information on how to listen into the conversation.